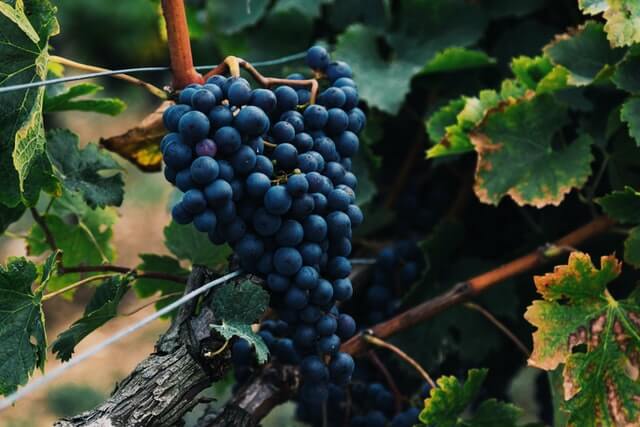 A Brief History Of Chilean Winemaking

Chile may fall under the category of a New World wine region but its winemaking traditions and industry certainly aren’t young. Over the last 30 years, quality Chilean wine has competitively made its mark on the modern global wine industry but its history of wine production dates back to the 16th century.

In the early 1500s, Spanish monks brought wine grapes to New World regions including Chile. Upon discovering the perfect soil and climate conditions for viticulture, these settlers began planting the first vines with Mission grapes, known locally as Pais. As more European immigrants began settling in Chile and surrounding regions, they brought with them more grape varietals, particularly from the Bordeaux region.

In the early 1800s, Chilean winemaking began to flourish after declaring their independence from Spain and incorporating European varietals such as Merlot, Cabernet Sauvignon and Chardonnay into their wine production repertory.

While some argue that the early success of this New World region is most notably down to pure luck due to the fact that it escaped the ravages of the phylloxera pest, it is hard to argue the fact that Chilean winemakers produce some of the best wine in South America.

What Are The Key Grape Varieties?

As all wine consumers know, the popularity of a wine region relies on the quality and diversity of the grapes that they produce. Chile’s wine industry is based on diversity and for that reason, it offers some of the most unique and historic grape varietals seen in the modern wine world.

Surprisingly, when you think of this New World region and its climate, you may instinctively associate it with rich red wine. While Chilean winemakers certainly deliver in this category, white grapes are also extremely popular. From bold, world-class reds to refreshing, crisp whites this country produces them all.

For many, Cabernet Sauvignon is considered as the king of Chilean grapes and is produced in warmer regions such as Maipo Valley, Colchagua Valley and Aconcagua Valley. Generally, winemakers use this grape as either a varietal wine or as part of a blend. Chile’s Cabernet Sauvignon is known for its deep flavour and aroma. Full-bodied and intense, it offers tasting notes of black currant, fresh berries, violets and chocolate.

Carmenère has an interesting history in Chile. For years, people thought that Chilean Merlot had a distinctive peppery and herbaceous character. However, with DNA testing in the mid-1990s, it was discovered that Chilean merlot was actually Carmenère.

This is not unusual since the two grapes look very similar. However, rather than rip up all the Carmenère vines, the Chileans decided to embrace this variety and make it their own. It is much more widely planted in Chile than in its original home in Bordeaux since it is much easier to ripen in Chile’s splendid climate.

This red grape varietal is prized for its depth of colour and complexity. It offers flavours of tart raspberries, cocoa powder and herbaceous notes of green peppercorn.

Not to be forgotten, Chilean wine made from Sauvignon Blanc is also a favourite of many wine consumers around the world. Mainly produced in the Northern valleys of the country such as Casablanca and San Antonio, these Sauvignons are often bright, citrusy and fruit-forward with plenty of acidity. One of the markers for Chilean Sauvignon Blanc, particularly when grown in cooler coastal regions is aromas of jalapeno. This makes the wine especially suited to the local dish, ceviche.

Because Chile offers such a diversity of climate and terroir, travel to this New World region will not disappoint. The country’s most well-established wine regions are located in the Central Valley and near the city of Santiago.

Maipo Valley is located just south of the city and is known for its production of Cabernet Sauvignon. With dry, sunny conditions it is the perfect climate for growing these full-bodied and rich grapes. Travelling south, you will find the Rapel Valley which is home to Carmenère. Many winemakers are producing exciting examples of this varietal in this region.

Finally, to experience the crisp white grape varietal that Chilean winemakers and the wine industry has come to adore, visit coastal Casablanca Valley. Located close to the Pacific Ocean, this cool-climate variety is well adapted to hillside plantings.

Here at the Small Winemakers, we are passionate about both Old and New World wines especially Chilean wine. Wines from Chile offer great pairing options for multiple cuisines but especially grilled food. If there is one thing that Chileans enjoy as much as their wine, it is grilling and BBQ.

Try pairing a Cabernet Sauvignon with lamb kebabs with a hearty portion of pebre (Chilean condiment). For Carmenère, complement its black cherry and plum notes by pairing it with tender meat like grilled pork. Finally, the best pairing option to go nicely with your crisp Sauvignon Blanc is grilled fish with lemon and herbs.

Ready to try some Chilean wines for yourself? Browse our selection of New World wines to find your perfect match. If you need some help, please reach out to our wine experts and we’ll help guide you in the right direction.