The Hidden Treasure in Chianti:

The Colognole estate is run by two brothers, Mario and Cesare Coda Nunzinate, who are passionate for the Chianti Rufina terroir and have built a name for themselves in this small appellation just northeast of Florence. There are only 25 wineries in Rufina, and almost 40% of its total production is made, and often exported, by the powerful Frescobaldi empire. For this reason, quality wines made by the small producers in the Rufina region are rarely enjoyed outside of Italy.

The vineyards of Colognole lie 230-450 metres above sea level on the slopes of Mount Giovi where the land is steep, and the soils are thin. Over time, rich soil accumulates along the Sieve River banks, leaving poor soils on the slopes that a perfect for growing high quality grapes. As a result, the wines are elegant and gentle, coupled with lingering tannins and fruit-forward aromatic qualities.

Ripening Sangiovese grapes to perfection is a difficult task. In Chianti Rufina, low temperatures and frequent rain make it necessary to reduce yields. To further elevate the quality of the fruits, the Colognole vineyards have been carefully replanted. The Nunzinate brothers thoroughly analyzed the different soil compositions, selected the proper clones and rootstocks, and positioned the vines for maximum sun exposure. The results achieved by this vast vineyard re-working over the last ten years have been impressive. Today, the wines of Colognole have attained the depth, complexity, and ageing capacity far beyond the best wines from Chianti Classico at a fraction of the price, which is an accomplishment worth celebrating.

Mario and Cesare’s mother owns the Colognole estate. She is the Contessa Gabriella Spalletti who was made an honorary citizen of New Orleans for being the first Italian winery to bring the straw basket Chianti bottle to the US. 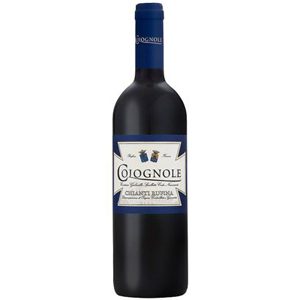 Colognole is based in the small Chianti Rufina region, which accounts for just 3% of total Chianti production (and 40% of this is produced by the Frescobaldi family). Rufina is known for possessing the highest elevation vineyards in Chianti which explains why it is slightly cooler than Classico. T Read More

Colognole is based in the small Chianti Rufina region, which accounts for just 3% of total Chianti production (and 40% of this is produced by the Frescobaldi family). Rufina is known for possessing the highest elevation vineyards in Chianti which explains why it is slightly cooler than Classico. The wines are also known to be very age-worthy. Cherry fruit on the nose with darker fruit, light spice and earth on the palate. Extremely smooth and inviting with velvety tannins, balanced acidity, and flawlessly married to just enough oak. Drink now or cellar for up to 8 years. Read Less 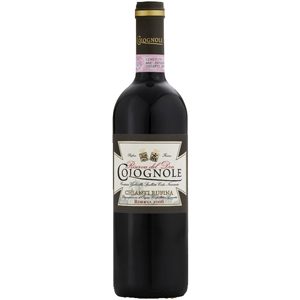