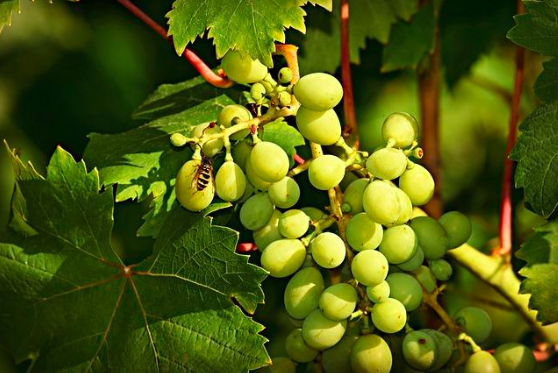 Greece is one of the oldest wine producing destinations in the world, and Greek wine has come a long way in the last 6,500 years. Much of their early prestige and trading power came from their wine, and celebrations of Dionysus, the Greek god of wine, were key in establishing Greek influence all over the Mediterranean.

Although wine played a large role in establishing Greek culture around the Mediterranean, it eventually declined in popularity. By the early part of the 20th century, retsina (a type of wine that’s been exposed to pine resin) became the most popular drink in Greece. It also came to represent the Greek drinking culture internationally.

Fortunately, there are lots of Greek wine varieties available now, including some that have been grown in the country for thousands of years.

The Origins Of Greek Wine

It’s believed that grape vines and viticulture were introduced to Greece as early as the Neolithic period. Throughout antiquity, the country was so rich in wine that the best Greek wine varietals from that period are still well known. Thira, Crete, Rhodes, and Corfu were all popular wine-producing destinations with their own unique vintages.

These vintages were exported around the country and to the surrounding area. The cults of Dionysus, the Greek god of wine, fertility, and theatre, were extremely popular, and regional appreciation of wine lasted until the rise of the Ottoman Empire. At that point, religious prohibitions against drinking alcohol caused many Greeks to abandon their vineyards. This led to a downturn in wine production that lasted until the 19th century.

Even though Greek wine production languished for hundreds of years, modern-day vintners have been able to replant many native grape varietals. Here are some of the most popular Greek wine varieties from across the country.

Assyrtiko (a-SEER-ti-ko) grapes are indigenous to Santorini, a picturesque volcanic island that lies south of mainland Greece. The wines that this grape produces are dry and crisp, with plenty of rich minerality from the ashy, volcanic soil. Now, it’s often planted on mainland Greece. Wines that are made with 100% Assyrtiko grapes have very high acidity, with notes of lemon, citrus, and ginger. Assyrtiko wine can be aged in oak for several months or even dried and made into a sweet wine.

Found all over Greece, the Moschofilero (maw-sko-FEEL-ero) grape produces bold, spicy white wines. Many sommeliers compare Moschofilero wine to a Sauvignon Blanc or Viognier. Although the purple-skinned grape has been grown in Greece for centuries, it’s quite delicate and is sensitive to bad weather. Moschofilero wine is rich and spicy on the palate, with notes of honey, flowers, and citrus.

The most popular grape varietal planted in Greece is the Savatiano (sa-va-tee-AH-no) grape. It’s most frequently used in the production of retsina, although it has been made into regular wine in recent years. These low-acid wines are intense and dry, with beautiful citrus, melon, and herb notes.

The Agiorgitiko (i-your-YEE-ti-ko) red wine grape can be found all over the Peloponnese. It’s one of Greece’s most popular grape varietals and is used to create a beautifully lush red wine (or rosé) with notes of ripe plum, berry, and pepper. It’s often compared to Merlot or Sangiovese. For a stunning example of how lush this wine can get, look for red wine from Nemea, where it’s been grown for centuries.

Rich, and bold Xinomavro (ksee-no-MA-vro) is one of Greece’s PDO (Protected Designation of Origin) wines. Cultivated in northern Greece and into North Macedonia, these grapes are the primary red wine grape of the region. Xinomavro wine is fantastic for aging, as it’s high in tannins and acidity. Frequently compared to an Italian Barolo, Xinomavro wine has aromas of fruit and berries, tobacco, and allspice.

The rich history of Greek wine is only part of its appeal. The unique varietals give modern producers a rich palette to work with. New techniques and modern equipment, combined with historical wisdom and agriculture make this an up-and-coming destination for gorgeous wines.Fortunately, you don’t have to travel to Greece to purchase incredible Greek wine. Small Winemakers carries a selection of the best Greek wine online and will deliver it to your door in a matter of days. When you purchase from us, you’ll know that you’re supporting a small winemaker or family winery.