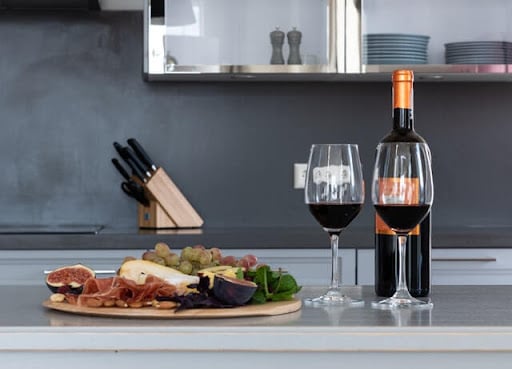 This thin-skinned red grape varietal is an unsung hero. Most likely originating in the region of Aragón in northern Spain or on the island of Sardinia, it is now mostly grown in France (where it is known as grenache noir) and Spain (where it is called Garnacha). Below, we will introduce you to the Grenache grape including its history, regional characteristics, flavour profile, styles, and more.

This underrated red grape varietal has a history as rich as its aroma profile. While it is now grown all over the world, grenache’s history primarily revolves around three regions: Aragón, Sardinia, and the Rhône  Valley.

It is believed that the first sighting of this grape varietal was in Aragón where it is called Garnacha. From there, it spread to southern France’s Languedoc-Roussillon region and other countries such as Sardinia under the Crown of Aragón between the 12th and 17th centuries. However, Italian researchers believe that it originated in Sardinia where it was known as cannonau and was later introduced to Spain and France.

At the beginning of the 19th century, grenache grapevines were well established on both sides of the Pyrenees and in the Southern Rhône region. This period also saw the grape being introduced to New World regions such as Australia and California. Following the devastation of the Phylloxera epidemic in the early 1900s, however, many vineyards in the Rioja region started using pest-resistant grenache vines. This ensured the prevalence of this grape throughout Spain and Europe.

As a red wine grape, grenache is typically partnered with other grapes such as cinsault or syrah to produce some of the most renowned wines in the world. Making it truly deserving of its time in the spotlight.

Regional Differences: Where Is It Grown and What Are Its Characteristics?

While grenache varietals have largely stayed within Europe, other variations within New World regions are also noteworthy. Below, we will take a closer look at each of the grenache-growing regions and how its characteristics and style change based on region.

Grenache is one of the most popular red grape varietals in the southern Rhône. Produced under the Côtes du Rhône AOC, in the Rhône Valley, this grape is often used as part of blends especially with syrah. Famously known for its starring role in Châteauneuf-du-Pape, grenache from the southern Rhône Valley is known for its medium tannin level and aroma profile of herbs, tobacco, and red fruit.

The Rioja region is another popular growing region for grenache (or Garnacha). Commonly used in blended wines, this grape varietal is often added to tempranillo wines to soften tannins and add more aroma. However, many winemakers in Rioja also produce 100% grenache wines that are known for their lightened appearance and hints of fleshy fruit.

In Sardinia, cannonau is used to produce some of the island’s full-bodied, deep-coloured red wines. Characterized by soft acidity, medium alcohol levels, beautiful red fruit flavours, and hints of white pepper this Italian grape varietal has earned itself the title of one of Sardinia’s most noble of grapes. Adding compelling layers to a blended wine or firmly structured on its own, cannonau is a truly impressive red wine.

Barossa Valley is home to some of the oldest grenache vines that are believed to date back to the late 1800s. Used in a GSM blend or as part of sweet fortified wines for many years, the Australian grenache has recently made a name of its own when used in single varietal wines.

Producing a wide range of styles, Grenache wines from Barossa Valley are often described as rich and spicy with cherry and raspberry on the nose.

California has been growing grenache since the 1880s when the grape was introduced by Italian immigrants. It is primarily in the Central Coast region where this grape is grown. California winemakers have been making this grape variety their own in recent years. By optimizing viticulture, they have been able to produce Grenache wines that are as worthy as Pinot Noir. Offering lighter and fresher expressions. Californian grenache has floral aromas, spiciness and its iconic red fruit flavour profile.

Tasting Notes and Styles: How to Describe a Grenache Wine On Its Own or In a Blend

As you may have gathered, Grenache wine can show up in a variety of styles and blended wines. However, due to its iconic red fruit flavours, it can become easily identifiable to many blind tasters with a little bit of practice. While you may not be able to decipher the nuances of this grape on the first taste, with some insight and experience you will come to love the complexity that this grape can offer.

The grenache grape has taken on many different variations and styles over the years. However, each variation is worthy of recognition and praise.

The Grenache grape can be easily used in the production of dry, semi-sweet, and sweet wines. For this reason, it is a true chameleon of a grape.

Due to its signature flavour profile, Grenache wine can often be easily spotted during a tasting. Known for its ripe red fruit and spicy notes of cinnamon, it is an experience on the palate and the nose that many wine lovers don’t forget easily.

Below are some of the common tasting notes you might decipher while tasting either a single-variety Grenache wine or a blended Grenache wine:

Whether a Grenache Noir from France or a Sardinian Cannonua, this red wine varietal is a true delight that can be enjoyed on many occasions. As a wine agent in Ontario, our team at The Small Winemakers Collection has grown a fondness for this grape over the years. In particular, one Grenache wine that we highly recommend is the Bodegas Forcada Alma di Forcada Garnacha 2018.

Made from 100-year-old vines, this Grenache offers an intense cherry colour with beautiful aromas of ripe fruit, cocoa, and creamy oak. Delightful on the palate, this wine perfectly balances the fruit and roasted aromas in order to make a wine that is elegant yet powerful. Best served with meat dishes such as steak or pork chops, this wine would make an excellent addition to anyone’s wine collection.