What is the Best Closure, Cork or Screw Cap? 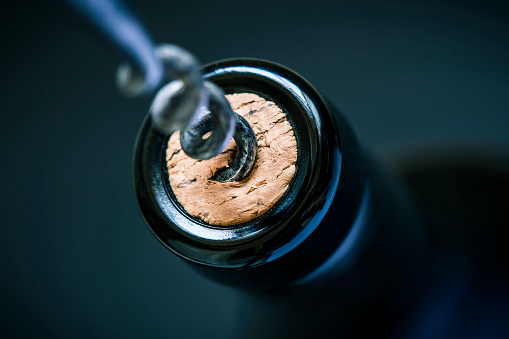 What is the Best Closure, Cork or Screw Cap?

We were recently part of an interesting experiment in our office. With considerable foresight, two New Zealand producers had bottled their 2002 Sauvignon Blanc under both cork and screwcap and tucked them away in the cellar. Eighteen years later we were able to see what the impact of these two closures was on the wines. Which was the better closure, cork or screwcap?

Certainly, the wines were very different. The ones sealed with cork were deep in colour. The aromas showed dried fruit flavours (apricot, dried apple, dried pineapple) and the typical herbaceous notes of grass and green pepper had turned to canned peas and asparagus. But the wines were still alive, albeit quite different from what they would have been upon release.

The wines under screwcap were very different from the ones under cork. However, they were also different from what they would have been upon release. They also had a deep colour, indicative of long aging, and the noses showed developed fruit, though not to the extent that the wine under cork did. It was like these wines were the younger brothers of the corked wine: aged, but just not quite as much. All told it was a fascinating exercise.

This article will explore the differences between cork and screwcap.

The History of the Cork?

Throughout history, various materials have been used to seal bottles including cloth, leather, clay and wax. For a long time, glass was widely used but being hand blown, a uniform seal was difficult to obtain. It was only in the late 1600’s that it became possible to create glass wine bottles of an almost uniform shape and design, thus allowing cork to become the stopper of choice.

Cork was chosen for many reasons but the main one being that the material is malleable and can expand and contract to the shape of the bottle neck so as to be almost air tight. This is an important point. A seal should limit the exposure of oxygen to wine, since oxygen destroys wine much the way it turns an apple brown. Nevertheless, small amounts of oxygen are important to allow a wine to develop. Cork allows a very small amount of oxygen to travel into the bottle so that the wine can develop tertiary qualities as well as expel unwanted gases and aromas.

Natural wine corks come from the cork oak tree or Quercus suber. Cork oak trees are first harvested at about 25 years of age. The trees are not cut down, but rather stripped of bark. Only about half of the bark is harvested at any one time, so it can grow back without killing the tree. The cork will not be harvested from the same tree in another 9 to 12 years. Each tree can be harvested approximately 12 times, as it is common for the trees to live to 200 years old. The largest cork producing countries are Portugal, Spain, Italy and Algeria.

Cork is a good closure for wine bottles, but it has several problems. First, it does not last forever. It starts to break down after about 25 years, sooner if it is not kept in permanent contact with liquid—which is why bottles are stored on their side. After about 25 years, a bottle destined to be cellared further will usually need to be re-corked. The best estates will usually offer re-corking services to clients, who have their bottles opened, tasted and then resealed with a certification that it has been completed by the estate.

The bigger problem with cork is that it can sometimes have mold, which when cleaned with chlorine can develop a compound called 2,4,6-Trichloroanisole, or TCA for short. When TCA develops in a cork, it is passed on to the wine, which will react in various ways. In small amounts, TCA can merely dull the aroma and flavour, but in larger concentrations can make a wine smell musty and moldy. It has been estimated that TCA affects between 3% and 8% of bottles. This figure has probably improved as cork producers put more research into improving their product. But lower likelihood doesn’t help if you have just opened that special bottle you were saving and found it stinking of wet newspaper!

The Rise of the Screw Cap

After many centuries of cork being king, along comes the aluminum screw cap. We can blame (or thank) the Aussies for this. It was 1964 when Peter Wall, the former director of Yalumba winery in South Australia became fed up with the number of tainted corks in circulation. He commissioned a French company to manufacture a screw cap closure. The screw cap was used in a trial at Yalumba and a few other Australian wineries in the early ‘70’s. It was patented and put into commercial use in 1976 in Australia. Forty-plus years later, screw caps are the closure of choice for the majority of Australian and New Zealand producers, across all styles and price points. It consists of an aluminum cap lined with plastic, which integrates a metal skirt that hugs the top of the bottleneck, just like a traditional stopper’s foil.

Screw cap are consistent and reliable, cost effective, easy to open and provide longevity. However, there is a concern about the environmental impact given that screwcaps are not recyclable or compostable. Furthermore, screwcaps allow very little oxygen to permeate, which is generally good in terms of preventing premature ageing. However, it can also prevent unwanted odours and gases from being expelled from the bottle. This situation, known as “reduction” is the opposite of oxidation and can make a wine smell sulphurous, like burnt match or rotten eggs. Sometimes this can blow off with a bit of air (swirling or decanting), but if a wine is left in a reduced state for long enough it may not.

What is the Best Wine Closure?

As you can see from above, an argument can be made for either closure. Tradition is something that many winemakers and regions take very seriously. That is what makes many wines from regions in Italy, France and Spain so special. It would be considered treason to produce a Barolo or Brunello under screw cap because of the Italian wine making laws and traditions. On the other hand, wine producing regions with less history are more willing to experiment with new innovations and technologies. Australian, New Zealand and Chile have been keen to adopt the screwcap.

There is no simple answer as to which wine closure is better. If you are purchasing wines that are meant to be aged and consumed at a later date, it is most likely that you will purchase a wine that is sealed under cork. Wines that are meant to consumed in their youth and that are best enjoyed when they are fresh, may benefit from screw cap closure.

Best of both worlds

Thinking back to this experiment in our office, we didn’t discover which wine closure system was better, we discovered that both closures provided something unique to the wine. If you are looking for tradition, quality and cork, look no further than Biondi Santi Sassoalloro produced by the iconic family of Italian wine, a heritage that dates back to the 1800’s. If innovation, screw cap and new world wine making is something you are seeking, then Casa Marin Cartegena Sauvignon Blanc is for you. Thanks to the unique terroir qualities and the climatic conditions in Lo Abarca Chile, Viñedos Casa Marín has set out to make some of the world’s best cool climate wines.