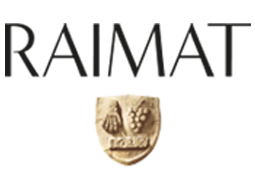 Costers del Segre is located in the province of Lleida, just west of Barcelona. The area is diverse with varying geological and climatic characteristics.  The climate is continental (hot summers and cold winters) influenced by the proximity of the Pyrenees.  Low rainfall, extreme temperatures, hail and spring frosts are regular risks for the vineyards.

Despite its somewhat inconvenient location (in terms of trade routes), winemaking has flourished in Costers del Segre for many centuries.  It continued uninterupted until the devastating phylloxera epidemic of the late 19th century wiped out the vineyards.  Many traditional winegrowing regions were not replanted; they were given over to olive cultivation instead.  The region has once again risen to prominence thanks largely to the efforts of a single estate, Raimat,.  Raimat is Spain’s largest privately owned winery and one of its most innovative and is credited for putting Costers del Segre on the world wine map.

On offer this week is the 2015 Raimat Albarino.  The fashionable Albarino grape variety does not always have to come from the Rías Baixas region!  In the high altitude vineyards of Costers del Segre it also does well – particularly in vintages like 2015.   Near perfect growing conditions have resulted in a wine of extraordinary structure, ripeness and richness.

The 2015 Raimat Albarino is available for immediate delivery. There are only 25 cases available.  This wine is tremendously under-valued (so please keep it a secret!)  To order, simply e-mail or telephone 416-463-4677.