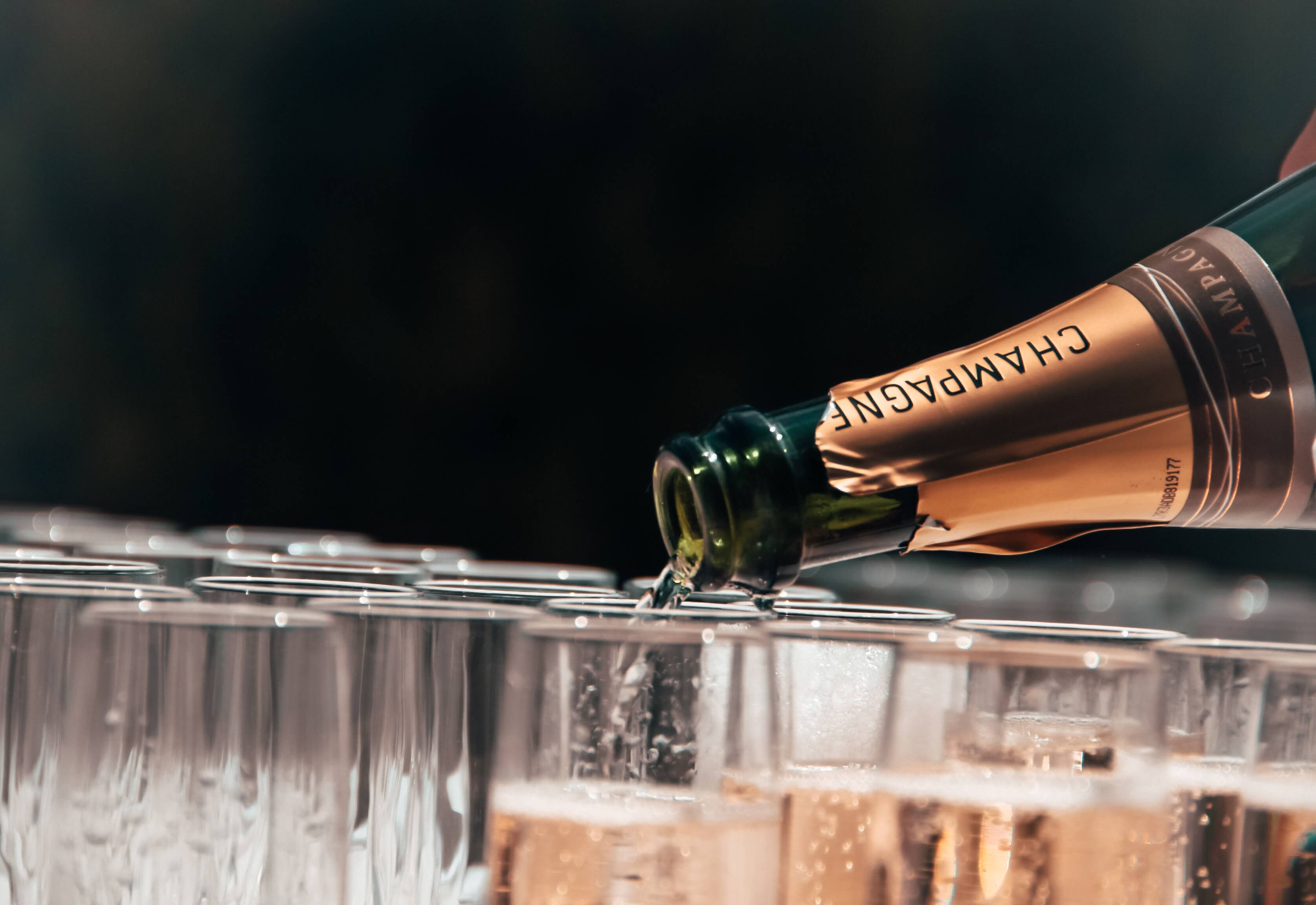 When you think of sparkling wine, most people think of the two major players – Champagne and Prosecco. If you love a glass of bubbly, you’ll be happy to know that there are tons of interesting sparkling wines out there. Whether your taste leans towards French wines from the Champagne region, Italian sparkling wines, or even something a bit more unusual, there are plenty of options for everyone. This guide will help you understand the history and variations of sparkling wines available today.

The Interesting History of Sparkling Wine

Many people consider Dom Pérignon, a 16th century French Benedictine monk, to be the father of sparkling wine. In fact, he worked hard to ensure that the wine his monastery produced did not have bubbles.

The glass bottles they used were so delicate that there would often be explosions when warm weather activated dormant yeast in already-bottled white wines. The resulting carbon dioxide created from yeast turning sugar into alcohol would create bubbles that would either push the cork out of the wine or explode the delicate glass bottles completely. Any bottles that managed to survive had sparkling wine inside them.

The Most Popular Methods for Making Sparkling Wine

Although Dom Pérignon didn’t invent sparkling wine, he did pioneer a number of techniques that are currently used when making sparkling wine, such as making white wine out of red grapes and blending wines from different vineyards to create complexity. Depending on where you are in the world, there are different methods of making unique sparkling wines.

The traditional or Champagne method, which is falsely attributed to Dom Pérignon, begins with a base wine that ferments normally.  Base wines from various vineyards and possibly vintages are assembled and mixed together, creating a more stable mixture known as cuvée.

The cuvée is bottled and a mixture of yeast and sugar is added to induce a second fermentation in the bottle. The carbon dioxide that is released during this fermentation cannot escape, so the wine becomes naturally carbonated. The yeast cells remain in contact with the wine for a period of time ranging from 9 months to many years. During this time, the yeast breaks down, a process called autolysis, and the wine begins to take on some of the yeast characteristics. Aromas and flavours of bread, brioche and pie crust are often used to describe traditional method sparkling wines.

The big challenge and most expensive part of the traditional method is how to get the yeast out of the bottle before it is sold. The technique, known as “riddling”, that was invented by the widow (veuve) Clicquot, was to place the necks of the bottle a rack and slowly rotated by hand them until the yeast was confined to the top of the bottle. The top part of the mixture was frozen and removed quickly before being topped up with a small amount of wine and possibly sugar and then recorked.

The Charmat or tank method also uses a second fermentation, but instead of fermenting the wine in individual bottles, the sparkling wine ferments in a pressure-resistant tank. After a few weeks, it’s filtered and bottled. Because there is less aging and no need to remove yeast from individual bottles, the process is much less expensive than the traditional method. However, it is also better for wines where the winemaker wants to retain the grape character. This is the method most commonly used in the production of prosecco.

The ancestral method uses cold temperatures to pause the fermentation of a batch of wine before being bottled. Once bottled, the wine warms up and fermentation continues, building carbon dioxide in the bottle. The lees of the wine are not removed before being sold, so there may be sediment in the bottom of the bottle. This is an inexpensive but risky method because bottles can explode or spoil.

It isn’t just Champagne or Prosecco that deserves your attention. There are many other options. French sparkling wines and Italian sparkling wines (known as Spumante) are considered the most popular, but countries like Germany and Spain have their own versions and are definitely worth exploring.

Crémant is an appellation for traditional method sparkling wine made in France but outside the Champagne region. They have much longer aging requirements than Champagne, so do not have the same yeasty character. However, they can be great value. Well-known examples include Crémant de Loire, Crémant d’Alsaceand Crémant de Bourgogne.

Lambrusco is a unique spumante (sparkling Italian wine) that’s made with red grapes.  It’s often described as frothy or effervescent. During the 1970’s, sweet versions became popular in the United States and gave the wine a bad name. The best versions have always been dry and go especially well with cold cuts like prosciutto, salami and mortadella. It’s drunk quite young and has been a beloved favourite in Italy since the time of the Etruscans.

Many call this Germany’s best-kept secret. Sekt is a sparkling white wine that’s fermented using the Charmat method. In the past, Germans drank it in huge quantities, so they were forced to source grapes from all over Europe. Now, smaller producers in Germany are producing some beautiful estate-grown sekts from Traminer, Chardonnay, and Pinot Meunier grapes.

Cava is a Spanish sparkling wine available in either Blanco (white) or Rosado (rosé). Like France, Spain has rules on which wines may be classified as cavas – they must be made using the traditional method and aged in the bottle for at least 9 months. Most of the cava in Spain is produced in the Penedès region of Catalonia using Spanish grapes like Parellada, Xerel-lo and Macabeo, but French grapes like Chardonnay and Pinot Noir are increasingly used.

Pick a Great Sparkling Wine for Your Next Get-Together

Now that you know all about the different types of sparkling wines that are available, try something new for your next party. Small Winemakers carries a variety of unique bottles from producers all over the world. Try a young and frothy Lambrusco, or a fruity and delicate Prosecco, and have them delivered right to your door.