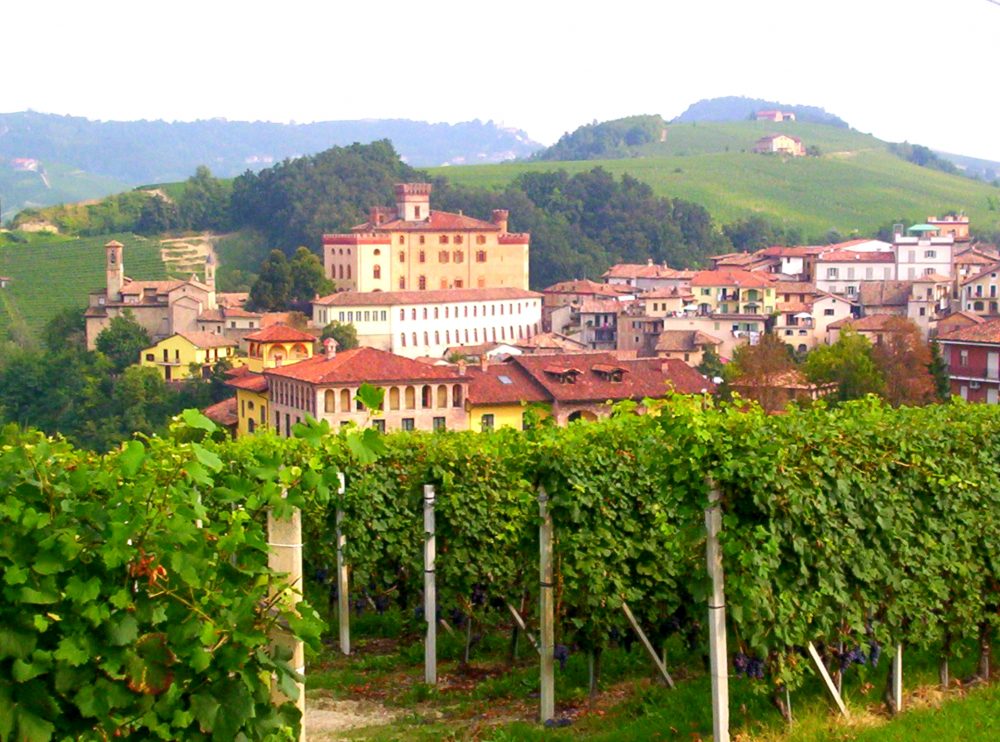 One of the advantages of working in the wine business is meeting remarkable people from around the world who eventually become close friends. One such person is Claudio Fenocchio, a true gentleman farmer, passionate about his land, his wine and his family.

This post will look at the history of the estate, wines produced and some of the great vineyard holdings.

The Fenocchio family has been making wine in Monforte since 1864. But it is in the seventies, with Claudio’s father Giacomo, that the winery started its ascension to great winemaking. Today, Claudio runs the operation aided by his wife Nicoleta and his two daughters who are attending the Alba School of Enology.
Giacomo Fenocchio‘s philosophy is one of tradition, meticulous work in the vineyard and extended macerations in large barrels. The resulting wines are stunning and exceptional, showing the elegant and delicate nature of the Nebbiolo grape. Although not yet certified, Claudio considers his 14 hectares of vines organic and participates in the European project of sustainability. Let’s look at some of his more popular bottlings.

Arneis: Even though Moscato (Moscato d’Asti) and Cortese (Gavi) were always the more recognizable Piemontese white grapes, increased demand for white wine in the eighties led to the resurgence of Arneis. Traditionally used to soften Nebbiolo, Arneis is mostly found in Roero and Langhe, regions separated by the Tanaro river. Arneis Roero distinguishes itself by its sandy soils, to the point of sometimes being called “wine made on the beach”. The appellation Arneis Roero was granted DOC in early 1989 and promoted to DOCG in late 2004, while it remains a DOC in the Langhe. This aromatic and perfumed varietal shows best when left unoaked, giving way to a fresh nose and palate of flowers and herbs. A slightly bitter finish is also typical.
Claudio Fenocchio produces two styles, Arneis Roero DOCG, in the typical fresh style, and a skin contact orange wine, Anima Arancio (Orange Soul). The more traditional Arneis (12 000 btls/yr) is gently pressed and left on its lees for 24-36 hours. The juice is then separated and left to ferment in stainless steel tanks. The resulting wine is light hay coloured with green hues and is fragrant, soft and complex. Loaded with aromas of broom flower, chamomile and fresh fruit, the finish is pleasantly tangy and persistent.
Inspired by his long macerations of Nebbiolo and the recent popularity of orange wines, Claudio decided to produce Anima Arancio (1000 btls/yr) a few years back. We had the chance to try it at his house when a group of us visited in 2016. The same grapes as the DOCG wine are used, but the juice ferments spontaneously with ambient yeast and is left to macerate on its skins for 30 days in stainless steel. The extra-long fermentation time brings a rich orange colour with amber notes to the wine, but it remains clear and clean. There is great depth to the nose, as aromas of quince, dried apricot and candied citrus mingle with mineral tones. We find these notes echoed on the palate but also an unexpected freshness, a slight tannic touch and a ripe but not sweet fullness.
Dolcetto d’Alba:  One of the 8 Dolcetto DOCs in Piemonte, Dolcetto d’Alba is usually recognized as one of the more serious examples. It is in Alba where many leading Barolo and Barbera producers also make room for the easy going Dolcetto grapes.  Known for its early ripening and low acidity, Dolcetto (the little sweet one) is most often smooth, round and fruity with spice and floral aromas, red and black fruit flavours, and a firm tannin structure. Dolcetto is made to be drunk in its youth (3-5 years), perfect served  with first courses and Piemontese antipasti.
Fenocchio’s Dolcetto d’Alba  is made from grapes growing in the Bussia zone of Monforte d’Alba. Traditional in style, the grapes ferment 10 days in contact with the skins. No wood is used, only stainless steel, to preserve the fresh, fruity character of the wine. Th wine is easy drinking, with lower acidity, a beautiful ruby colour with purples hues and a fruity, vinous and slightly bitter finish.
Barbera d’Alba:  There are three main Barbera DOC denominations: Alba, Asti and  Monferrato. Contrary to Dolcetto which is low in acidity and high in tannins,  Barbera tends to have a high level of acidity and lower tannins, even when grapes attain full ripeness, making it popular in warmer areas. The Barbera d’Alba vineyards are located around the town of Alba (Piemonte’s unofficial wine capital) and overlap the Barolo and Barbaresco zones. The grapes from Alba tend to be more robust than those of neighbouring Asti, deeply coloured and full of ripe plum and cherry flavours.  Barbera d’Alba DOC must have a minimum content of 85% Barbera Grape with Nebbiolo sometimes being added to the mix. The Superiore designation may be added to the label if the wine is aged for a minimum of 12 months before release, of which at least 4 must be in oak barrels. With its high level of acidity, Barbera shows well when given a few years of aging, however the trend toward aging Barbera in new oak is controversial.
As with all his wines, Claudio makes his Barbera d’Alba Superiore using traditional methods and low intervention.  Carefully selected grapes are left to spontaneously ferment on the skins for ten days. Like the Dolcetto, it is aged for 6 months in stainless steel but it receives an additional 6 months in large Slavonian oak barrels, and more time in the bottle, before release. Full bodied and intense, it shows great fruit with pleasant acidity and freshness.

Barolo: Often portrayed as the King of wines and the wine of kings, Barolo is the most important wine of the region. It is made from the Nebbiolo grape, and the best land is always reserved for Nebbiolo. South facing slopes, usually near the top of the hill is where they are planted, in order to obtain the best sun exposure. There are three main clones, Michet, Lampia and Rosé, and producers choose to plant a selection of the three, guarding agains