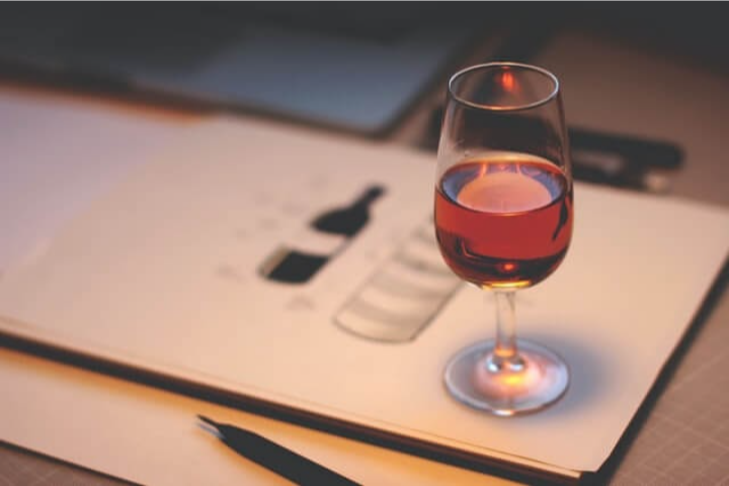 From sherry to port, fortified wines come in a variety of colour, flavour, and sweetness. One thing they have in common, however, is that these wines have all gone through – as the name suggests – the process of fortification.

In this article, we will discuss the fortification process, the different expressions of fortified wines and the considerations to keep in mind when pairing them with food.

What Is Fortified Wine?

A glass of fortified wine is a true delight both as an aperitif or a digestif. Yet, what exactly is it?

Commonly classified under the dessert wine category, fortified wines typically have a higher alcohol content than the other sweet wines because the process involves strengthening the wine with grape-based spirits either during or after the fermentation process. Popularized in the late 17th century, this strengthening, otherwise known as fortification, was introduced to stabilize and preserve wine so they can survive the long sea voyages.

Due to strict regulations, winemakers must adhere to guidelines and practices that accurately represent the style of their desired wine style. These regulations govern factors such as:

This unique wine style is incredibly diverse. Wines that are fortified can be dry and delicate, sweet and syrupy, or robust and nutty, depending on the country of origin, grape variety used, and winemaking style. There is something for every level of enthusiast, and a great option to round off a flavourful multi-course meal.

It all begins with a base wine (using specific grape varieties as noted by regulations) made just like a regular wine, where the grapes were harvested, pressed, and then fermented. The fortification process then kicks off when a distilled spirit with an alcohol by volume (ABV) level between 50% – 70% is added to the base wine.

Fortifying the base wine at different stages of the fermentation process will influence the final style of wine. Adding distilled spirit in the earlier stages of fermentation will result in a sweeter wine because the strong alcohol content kills off the yeast before they can convert all the sugars into alcohol, consequently leaving a larger amount of residual sugar behind. When the spirit is added after fermentation ends, the yeast has been given the opportunity to convert more sugars into alcohol, resulting in a drier style.

After the fortification process has completed, the wines are usually aged for an additional period in wood barrels. In some cases, winemakers may choose to further age the wines in bottles prior to selling them.

What are the Different Types of Fortified Wine?

Most people may have come across the following styles of fortified dessert wine while walking through the aisle: Sherry, Port, Madeira, Marsala, and Vermouth.

Sherry is exclusively produced in the wine-growing region of Jerez, which is situated in a triangle of land in southern Spain formed by the towns of Jerez de la Frontera, Sanlúcar de Barrameda and El Puerto de Santa María.

The base wine of Sherry is made using grape varieties such as Palomino, Pedro Ximenez or Muscat, which is then fortified using brandy until the sherry reaches an ABV of 15% – 20%. After fermentation, the Sherry enters what is referred to as the solera system, where barrels of newer wines are blended with portions of wines from the prior vintages before being bottled to ensure year-after-year consistency. Another unique aspect of Sherry production can involve the winemaker exposing the wine to oxygen to create a wine with a nutty flavour profile.

There are many styles of Sherry from dry expressions, Fino, Olorosso, Amontillado, Palo Cortado, Manzanilla to sweet libations, Moscatel and Pedro Ximénez. The more popular styles these days are the lighter fino and the more robust oloroso.

Port wine is a fortified wine produced exclusively in the Douro Valley of Portugal that makes a perfect after-dinner digestif. This wine is made by blending different grapes, and the key varieties used in the production of Port are Touriga Nacional, Touriga Franca, Tinta Roriz, and Tinto Cao.

During fermentation, a 77% ABV grape spirit is used to fortify the wine. The sweetness of this wine does depend on house style and the flavour of the grape spirit. This is followed by a barrel aging process.

There are four different styles of Port: white, rose, ruby or tawny, that are often made by blending wine from multiple vintages. Ruby Port is known for being fruit-forward with notes of cherry and raspberry. Tawny Port has caramelized and nutty character from barrel maturation.

Then there is Vintage Port that is made from a single exceptional year and bottled without any barrel aging. When Vintage Ports are bottled they are bottled fully unfiltered, which helps the wines live and develop while in the bottle. This explains why there is often a lot of sediment in Vintage Ports and is best enjoyed decanted.

Originating from the Madeira Islands in Portugal, this type of wine can vary greatly in style depending on the intended quality and grape variety used. However, it is believed that 85% of Madeira is made from Tinta Negra, a percentage which is growing year after year.

Madeira is one of the most cellared wines and can out-age most humans. This has to do with the way the wine was made.

Prior to bottling, Madeira is fortified and aged for many years in the rafters of Madeira houses. Exposure to both oxygen and changing temperatures creates a wine that is not susceptible to either. It will, quite literally, never die.

Much of the low-priced Madeira on the market today goes through a heating system called Estufagem, which simulates the natural aging process, but can take only a few months. This process that uses hot steam from coils to repeatedly heat up and cool down the wine. The resulting wine can be either Dry, Medium Dry, Medium Sweet or Sweet, all of which are marked by their high levels of acidity.

It is believed that the first known Marsala wine was fortified in the 1700s. Now, wine producers in western Sicily are still producing high-quality Marsala using traditional methods. This type of wine is typically made using the Grillo, Inzolia and Catarratto grape varieties.

This wine is fortified to 17% or 18% using grape spirit during fermentation. Like Sherry, Marsala is aged using the solera system in oak or cherry wood barrels. These are nonvintage wines and classification is determined by how long it had matured prior to bottling. Fine style means that the wine has been aged for approximately one year. While those that are labelled vergine are aged for at least five years.

Derived from “Wermut”, German for wormwood, Vermouth is an aromatic fortified wine flavored with botanicals, which comes in red and white made in dry and sweet styles.

Most commercially available Vermouths come from Italy, France, and Spain. To make Vermouth, the base wine is made using varieties such as Trebbiano, Piquepoul, and Catarratto. They are then fortified with brandy to approximately 15% – 18% ABV.

Most red vermouths are sweet, and many white vermouths are dry. Although there are always exceptions. Regardless of style, Vermouths are aromatized using spices and herbs such as cloves, cinnamon, citrus peel, chamomile, juniper, ginger and cardamom. Sweet vermouths can contain up to 15% sugar and have sugar syrup added before the fortification process. While the sugar content in dry vermouth is less than 4%.

Fortified wines are so diverse that there is one suitable for any moment of the day. Most are delectable when paired with dessert, cheese board or as a digestif at the end of the meal. Some, like Vermouth, makes a great aperitif when served over ice and a then slice of orange! The flavour profile offered by fortified wines are broad, and their food pairing options is truly endless.

For example, consider pairing a sweet Marsala with a tiramisu. Or perhaps pair a Tawny Port with pecan pie. Thanks to the nutty and caramel flavours that develop in the wine during the oxidation process it will pair perfectly with this nutty and sweet dessert.

Looking for more a savoury pairing? Vintage Port pairs delightfully with stilton which is a classic Christmas treat that many savour all year round. While a fino Sherry is just as delightful when served with finely sliced serrano ham.

If you are searching for a fortified wine to add to your wine collection, reach out to our team of online wine agents today and we’ll be more than happy to assist you.