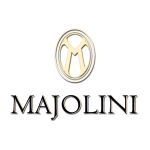 Franciacorta may not have the name recognition (and sales) of Prosecco, but Italy’s Franciacorta region produces her finest sparkling wines, comparable in quality to many Champagnes, and leagues ahead of Prosecco.

Franciacorta is made using the methode champenoise and employs the same grape varieties used in Champagne, in contrast to Prosecco, which is made using Italian grapes and the less expensive Charmat process.  It is a relatively young sparkling producing area – the first bottling of Franciacorta was only in 1957 – and relatively small with just 106 producers.  The international visibility of Franciacorta is limited by the wine’s popularity in Italy, leaving little for the rest of the world.  However, some 20 producers now export Franciacorta giving those living outside Italy the opportunity to experience this delicious sparkling wine.

Majolini Winery is located in Ome, a unique place in Franciacorta.  Today, they produce about 180,000 bottles annually, making them a mid-sized producer of this magical wine.  Majolini has about 22 hectares under vine, composed of Chardonnay and Pinot Nero for the production of Franciacorta, and Cabernet and Merlot for the production of their still red wine called Curtefranca.  The vineyards are quite unique with small plots distributed around the winery.

The Majolini family has been associated with wine in Franciacorta since the fifteenth century – a native red grape variety called majolina (recently recognized as an indigenous variety) bears witness to this historical past..  In 2011, Majolini celebrated the thirtieth anniversary of the opening of their restored facility.  The winery was built on the high hilly area of Valle in Ome in a very panoramic location.  It was modeled after existing structures on the property so as to fit harmoniously into the landscape and utilized a local white limestone (known as medolo).  This same limestone gives minerality and structure to the Franciacorta wines produced here.

On offer this week is the 2007 Majolini Franciacorta Millesimato Electo.
This is a wonderful alternative to Champagne and perfect to celebrate the upcoming holiday season and, of course as the wine of choice for New Year’s Eve!  This wine has developed an appealing character with many years in the bottle but retains it’s liveliness.

The 2007 Majolini Franciacorta Millesimato Electo is available for immediate delivery.   To order, simply e-mail or call 416-463-4677.