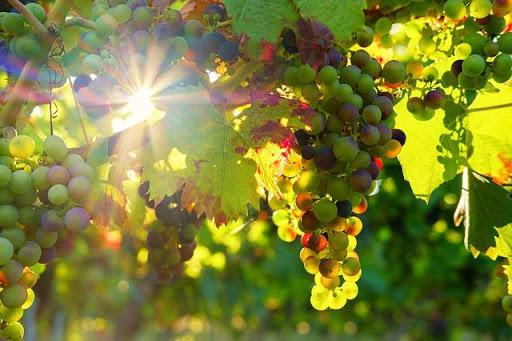 Even though South Africa is classified as a New World wine region, it has many similarities to Old World regions like Italy and France. The earliest grapes were grown in South Africa in the 17th century, and wine has been produced there since. Stylistically, it provides a bridge between New World and Old World wines.

South African wines typically offer great value, with many wineries producing well-priced bottles that highlight the name of the grape varietal, rather than the region. You can find many incredible Sauvignon Blancs, Syrahs, and even Pinot Noirs.

This South African wine guide will highlight some of the more familiar wines the country produces, as well as their more unusual varieties.

South Africa has been a renowned wine producer since the 17th century. Colonizers cultivated grapes and produced a wine from the Constantia region that became famous throughout Europe. In the early years, it was primarily Dutch settlers that grew grapes.

After a lull in the 19th century, there were many farmers who decided to re-plant their fields with grapevines. They produced so much wine that they flooded the market. Many growers took a loss. But some enterprising farmers used their surplus to make port, or Jerepigo, a sweet, fortified wine made from Muscat grapes.

Most South African wine is now produced in the Western Cape area, which is split into several unique regions.

Cape South Coast is a recently designated wine region, which forms part of the Western Cape geographic unit. It contains the important sub-regions of Elgin and Walker Bay, both known for their cool climate thanks to Antarctic currents. Because of its proximity to the ocean, vineyards in this region tend to focus on cool-climate varieties, like Pinot Noir, Chardonnay and Sauvignon Blanc.

Many of South Africa’s oldest vineyards are located in Franschhoek, a former French colony in the Paarl region of the Western Cape. Full-bodied reds like Shiraz and Cabernet Sauvignon have been produced here for centuries. Look for delicious sparkling wine from Franschhoek, made using the traditional Cap Classique method.

The Stellenbosch region is home to some of South Africa’s most famous wineries. It’s located between the Simonsberg and Hottentot Hollands mountains, which gives it a diverse range of micro-climates where Cabernet Sauvignon, Chenin Blanc, and Sauvignon Blanc grapes grow in abundance.

It’s also the home of Pinotage, a unique grape cultivar that began as a hybrid of Pinot Noir and Cinsault.

What Are The Grape Varieties Of South Africa?

The grapes that grow in the South African wine regions vary widely, because of the area’s diverse climate.

Grape cultivars like Cabernet Sauvignon and Merlot benefit from the warmer interior temperatures, while the cooler coastal temperatures make delicious, crisp whites from grapes like Sauvignon Blanc and Chenin Blanc.

South Africa’s most famous wine grape is Pinotage, which was first cultivated in the 1920s. Pinotage is well-known within South Africa, but poorly-produced wine exported during the 1980s caused it to drop in popularity worldwide.

When it comes to South African wine pairings, there are some traditional combinations that offer incredible flavour.

With a Chenin Blanc like Beaumont Chenin Blanc 2018, opt for light, savoury dishes like seafood (including scallops, oysters, and seafood pastas), spring vegetables, or mild cheeses like goat cheese, or Brie. The crisp wine brings out the freshness and minerality of these dishes.

The Graceland Cabernet Sauvignon is a full-bodied and juicy red that will be a perfect accompaniment to a summer barbecue. In South Africa it’s called a braai, where foods of all kinds are cooked over open fire. This kind of meal cries out for a wine like this, with robust flavours.

For the more unusual Pinotage, match the rustic quality of the wine to your food. It’s an especially great pairing for grilled lamb, fish, or veggies, as well as robust cheeses like aged cheddar, blue, or smoked Gouda.