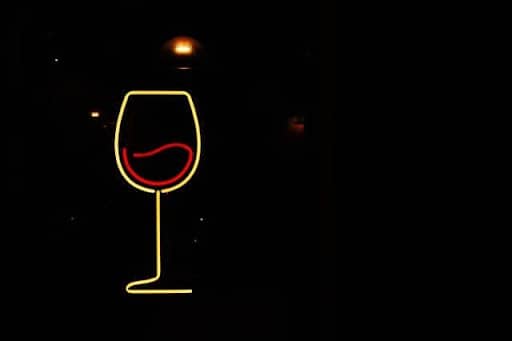 Merlot and Cabernet Sauvignon are two of the most popular red wines in the world. However, when it comes to deciding between the two, it isn’t always easy. Below, we’ll be putting both red wines head to head. We’ll be looking at their tasting profiles, origins, and core differences.

Battle of the Reds: Cabernet Sauvignon vs Merlot

Both of these red wines are regular additions to the dining table in many households. Many wine enthusiasts can agree that Merlot and Cabernet Sauvignon pair brilliantly with many dishes and have unique characteristics and flavour profiles. However, they are not necessarily alike.

While these varietals may both come from the same region in France, they have different characteristics that set them apart – yet also make them perfect for blending together. Below, we will be taking a deeper look at these French red wines and explain how you can pinpoint their differences when helping you choose one over the other.

Cabernet Sauvignon and Merlot both have their origins in Bordeaux, France. It is thought that they share the same parent grape, Cabernet Franc. These grape varietals quickly dominated the region during the 1700s with some winemakers favouring one over the other.

This preference depended on which side of the Gironde river the winemaker’s vineyard was on. Those living on the left bank of the river believed that the soil was better suited for the growing of Cabernet. While those on the right bank of the river felt that the region had the ideal growing conditions for Merlot.

Nicknamed the ‘little blackbird’, the Merlot grape came to prominence in the Bordeaux region in 1784. Considered both a worthy single varietal wine and an excellent blending grape, its presence in France nearly came to an end between the 1950s and 1970s due to disease and many unfortunate events. With a resurgence in popularity in the 1980s, the grape was planted in many wine regions, especially in the United States.

Today, Merlot may not be as popular as Cabernet Sauvignon, however, it is still a very important grape in the wine world. Typically, Merlot will have a different taste profile depending on where it is grown and how it is vinified.

For example, a Merlot from Bordeaux tends to produce a wine with higher acid, grippier tannins and earthier flavours. Comparatively, Merlot produced from a warmer growing climate, example from California, will be more fruit-forward and offer a juicier, plush tannins. With that said, no matter where Merlot is grown, there are common tasting notes that are consistent of the grape varietal such as:

Cabernet Sauvignon is the world’s most popular red wine. Cabernet’s first recorded mention may have been in the eighteenth century, however, many believe that it was a popular grape long before this.

Grown in several wine regions around the world, this grape produces a full-bodied, high-tannin wine that knows how to pack a punch on the palate. Similar to Merlot, a Cab from a more moderate climate can be higher in acid with firmer tannins, compared to a warmer climate Cab which will have juicier fruit notes and rounder tannins. Considered as more complex than Merlot, Cabernet’s flavour profile offers some of the following:

Merlot vs Cabernet Sauvignon: What Are The Main Differences?

At a glance, it may be hard to tell these wines apart. While they both have a lot in common, there are big differences that allow these French grape varietals to stand apart. These differences fall into the following categories: structure, production, and pairing options.

Merlot is known for having a softer and more supple profile than that of its older sibling, Cabernet Sauvignon. With medium tannins and acidity, a Merlot offers a smoother tannins and can be more fruit forward – often considered an “easy-drinking” wine. While both wines are dry in nature, Merlot is thought of as being “sweeter” due to its fruit-forward flavours.

Cabernet, on the other hand, can be a fuller wine on the palate and produces a rounder mouthfeel. The grape produces a more tannic and powerful wine, making it capable of standing up to rich dishes such as steak or hearty stews.

Cabernet grapes are small and thick skinned, hence why these wines are fuller and have more tannins. Typically, winemakers use an oak aging process when vinifying. Oak aging makes the wine mellow out due to the oxygen contact with the juice, making the tannins less harsh . This red grape varietal also tends to have a longer maturation time.

Merlot is also aged in oak barrels. However, their skins are thinner and need to be picked immediately after ripening or they will lose their acidity. These grapes take less time to mature and are commonly used as a blending grape to lessen tannin and smooth out other wines.

If you are looking to pair wine with a delicate meal, then Cabernet Sauvignon is not the right choice – because it will overpower your food. When pairing these wines, think about balance, the fuller the wine the more it will pair with richer foods.

As Cabernet is such a robust wine, it is best paired with dishes that are as rich as the wine is such as grilled or braised red meats, stronger cheeses such as an aged cheddar or good quality dark chocolate. Merlot, however, is more versatile and can pair well with a variety of dishes, even those that are more delicate. For example, tomato-based Italian dishes, and poultry can pair well with a Merlot.

Cabernet Sauvignon vs Merlot: Which Will Be Your Pick?

Both of these red wines hold a special place in the hearts of many winemakers and enthusiasts. Although these grapes have similar origins, their characteristics allow them to truly stand apart and yet earn the names of great Bordeaux wines.

If you are looking for a more robust and powerful red wine at great value, we recommend the Kingston Estate Cabernet Sauvignon 2019. This full-bodied wine from Australia’s Limestone Coast offers the telltale black fruit flavours of a good Cabernet. Upon tasting expect fine but full tannins with notes of ripe blackberry, blackcurrant, vanilla and warm spices.

For a Merlot, we recommend the Terre Gaie Me.Mo Rosso 2019, a beautifully expressive blended Merlot from the Veneto region in Italy. This red wine is dynamic with classic fruit-forward red fruit notes that make this wine easy to drink and versatile.