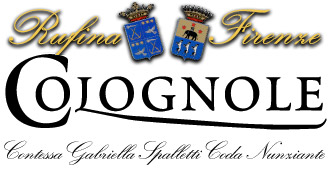 The wines from Chianti Rufina are very different from those of Chianti Classico, the best known subregion of Chianti (whose wines are easily identified by the black rooster logo on the neck label).  A cooler climate – Rufina is further north and east compared to Chianti Classico – explains, in part, why the wines from the two areas are so different, the wines of Rufina marked by an elegance and austerity that complements their black cherry fruitiness.

An overview helps put Chianti Rufina into perspective.  It is the smallest of the eight subzones of Chianti, a vast area in the middle of Tuscany, and accounts for only about three percent of the region’s production.  In comparison, Chianti Classico, the area located in the hills between Florence and Siena, produces ten times the amount of wine.

As in the rest of the greater Chianti area and its eight subzones, Sangiovese is the primary grape used to make the wines here.  Some producers blend other indigenous varieties such as Colorino, Canaiolo or Ciliegiolo while others use small amounts of Merlot or Cabernet Sauvignon.  Though the grapes may be the same, the wines from Chianti Rufina are typically less ripe and powerful compared to those from Chianti Classico because of the cooler climate.  The resulting wines often convey an herbal or mineral quality that balances the pronounced fruitiness.  The cooler growing conditions allow the Tuscan acidity to shine, providing a mouth-watering character to the wines.  As in Chianti Classico, winemaking practices in Chianti Rufina vary, with some producers aging their wines in French barriques, while others use more traditional large barrels.

The spectrum of wines from Chianti Rufina varies enormously, from those that provide immediate enjoyment to Riservas that typically require several years of bottle aging.  Indeed, Riservas from the top producers can develop brilliantly with bottle age.

On offer this week is one such wine:  the 2011 Colognole Riserva del Don Chianti Rufina.  Vintage conditions in Chianti in 2011 were quite variable. Early Spring rains were followed by a cool summer until mid-August when hot southerly winds brought record-breaking temperatures resulting in a harvest that was sometimes 3-4 weeks earlier than normal.  However, because the vineyards at Colognole are at a relatively high elevation they were able to take advantage of the daytime heat but recover during the evening cooldown. Acidity and freshness were thus preserved and while the size of the crop was reduced it was of outstanding quality – a fact reflected in the wine.

The 2011 Colognole Riserva del Don Chianti Rufina is available for immediate delivery.  This is an outstanding wine that is suitable both for holiday entertaining and gift-giving.  To order, simply e-mail or telephone us at 416-463-4677.  This is a real charmer – don’t miss it!