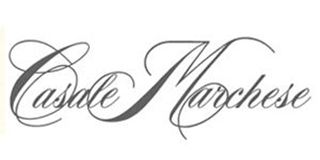 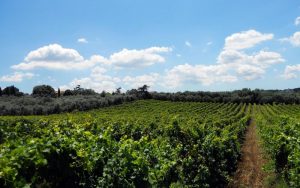 n autumn 2015, at the end of the harvest season, the weather was particularly rainy whereas during the winter months we have observed only very few atmospheric disturbances, which was very unusual. In practice, if we consider the overall period from September 2015 to January 2016, in the center of Italy we had only 340 mm of rainfall against an average of 468 mm. However, the lack of rain during the winter months should not be seen as particularly alarming, in any case we do not call it drought in agronomic terms when the grapevine is in a state of dormancy and the water, not being used by the plant at that particular moment, is simply going to build up the water reserve.
All of this should be monitored carefully, especially if the water reserve is not properly restored during the months that are characterized by new growth. However, in early 2016, water reserves were replenished promptly thanks to abundant rainfall across our area.
Winter was characterized by particularly mild temperatures that determined early bud break by mid-March, 5-10 days earlier than usual, especially in coastal areas. This phenomenon always causes particular concern in winemakers since they fear a subsequent drop in temperature at a time when the young sprout is particularly delicate and exposed. In fact, in mid-March we had some hail that brought along a sudden drop in temperature, followed by frost; all this led to a decrease in the production potential as well as to a recovery of the anticipated vegetation observed in the previous months. In mid-May, during flowering, we witnessed several violent storms emphasizing the phenomenon of blossom drop and thus contributing to a further easing of the bunch. Rainfall in June was above average, with especially the maximum temperatures below normal. This has resulted in a slowdown of the plant’s physiological cycle and in some areas in heavy pressure from fungal pathogens. At the end of June, a hot and in some areas scorching summer finally started. However the last ten days of August were characterized by a significant difference between day and night temperatures, which was decisive for the quality of the 2016 vintage. 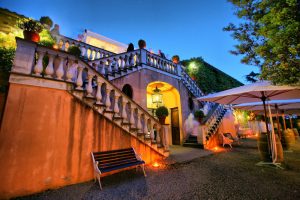 Production is above average by at least 5% but we still expect great quality. In the Castelli Romani area, the good temperature range and the excellent health status portend a great vintage with very fragrant and balanced wines.
Harvest took particularly long and was interspersed with several breaks. The white and red wines made using early grape varieties are fragrant, structured and well balanced while those from late varieties appear at this moment a little less expressive, although they also show good structure and a high alcohol content. The last alcoholic fermentations appeared to be very slow due to the low initial temperatures of the grapes. At times, in the reds, the malolactic fermentation was initiated easier than usual.